The 5.Levent project was developed in partnership with Torunlar REIC and KİPTAŞ at the TEM Alibeyköy junction, 5 Levent was built on a land of 473,000 square meters with a massive investment of 1 billion 800 million TL. TUR5751 is due to be completed in 2019, with its 4,000 homes, bringing Istanbul to a modern neighborhood of 15,000 people. In the first phase there are 1200 houses and in the second phase there are 900 houses.

Istanbul has managed to prepare a new and modern neighborhood with 15,000 inhabitants. The 5Levent 5th project, signed by KİPTAŞ and Torunlar REIC, is expected to be released under the title “Finanskent 2”. In the first month of 2013, Torunlar REIC made the highest bid to the land of Eyüp Alibeyköy, which was put out to tender by KİPTAŞ.

The Fifth Levent project, realized with an investment cost of TL 1 billion 800 million, has the opportunity to reach TEM highway and Kağıthane-Cendere road very easily and very quickly. This area is very close to the CBD (Central Business District) area of ​​the project, built with the asset sharing model. It is also close to shopping malls, business districts, social and cultural sites and educational opportunities in the city. 54.28% of the construction land belongs to Torunlar REIC.

The 5 Levent project, which comprises 50 different types of housing, covers approximately 4,000 residences. 200 apartments will be given to the owners of the project. Torunlar REIC is also building a 4-block suite of 400 apartments for home-dwellers. In addition to the residential units offered to K toPTAŞ, the project includes a campus-wide educational area of ​​145,000 square meters, 2 schools with 36 classrooms and 2 mosques.

Speaking at the meeting, Aziz Thuron said: 100% of the 1,200 apartments offered in Phase 1 have been sold and turnover has reached approximately TL 1 billion. Aziz Turon said Leon was the most favorable project of the year in terms of sales per square meter, adding that the project was 72 percent more preferred for investment and residential purposes. 5. Thurone also outlined the priority criteria for those who purchased the apartments from Leuven, and cited the location of the project, being at the center of the development of the transportation lines and the richness of the social support areas, among the priority reasons. Thoron added: Subway lines from 5 levants can be easily obtained with a 50-meter special connection elevator.

In the first phase of the project, apartments have increased by 15 to 18 percent since their sale. 28% of those who bought a home in the first phase, 38% bought a residence, 34% bought an apartment to live and invest. 15% of those who prefer 5 Levents are architects and engineers. Torunlar REIC began the second phase of the sale of the 5 Levent project with a profitable activity for the first 200 apartments in May. There are three different payment models available: cash, Toron term and bank loan. 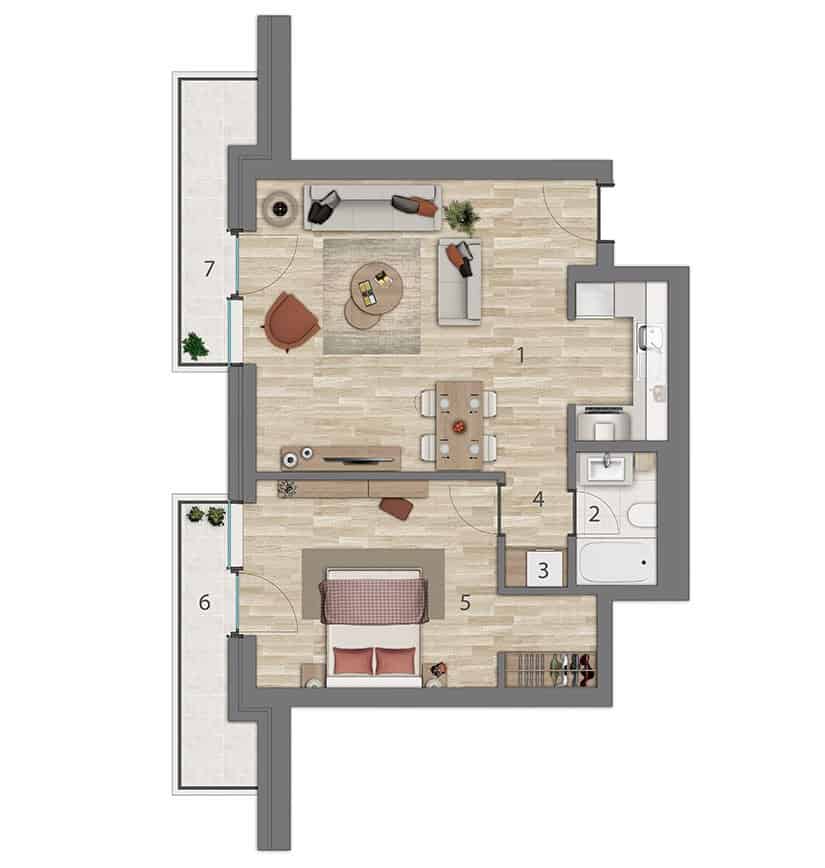 Developer
Whilst the construction works for 5. Levent, Mall of Antalya and Mall of İstanbul 2. Phase Hotel, Office and Convention Center projects are ongoing in 2016, life has begun at Torun Center Project. At the same time, 2016 stands out as a year in which the achievements were crowned with awards. Mall of İstanbul is awarded with the “Best European Shopping Center” in the XL-Category by International Council of Shopping Centers (ICSC). 5.Levent Project is awarded with the “Best Urban Transformation Project” in the architectural category at Sign of the City competition. To transform the Torunlar REIC brand into the most preferred brand both on a global and national scale in the area of investment, development and management of mixed-use life-style centers consisting of units such as shopping centers, homes, offices and hotels, as well as logistical centers, commercial and industrial buildings. To undertake investments with a high return and…

UNITS IN THE PROJECT